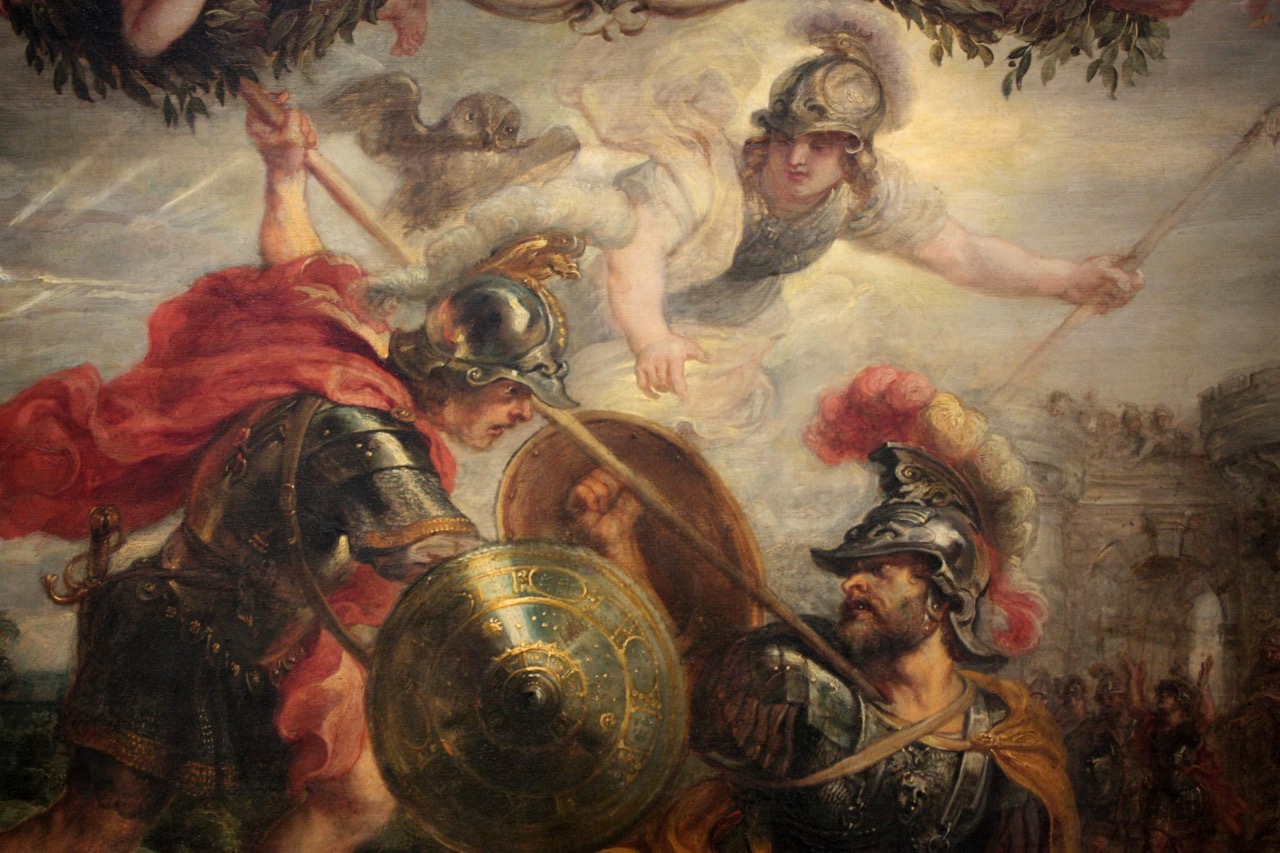 An excerpt from Wesley Callihan’s Introduction to his prose rendering of Homer’s Iliad. Scroll down for more info.

The Importance of the Iliad

Homer’s Iliad, an epic poem about the terrible anger of Achilleus, the great Greek hero, and the consequences of that anger, set against the backdrop of the Trojan War, is the earliest complete work of imaginative literature in the Greco-Roman tradition which is the foundation of Western Civilization. Together with the Odyssey, another epic poem about the ten-year struggle of Odysseus to return home from the War, and his astounding adventures during that struggle, it was without question the most important. It has had an incalculable influence on the Mediterranean civilization of which we are heirs, and on the medieval and modern civilizations of Europe and the Americas which grew from that one.

The Iliad and the Odyssey were, without exaggeration, as important to ancient Greek culture as the Bible has been to medieval and modern European civilization. The two poems profoundly influenced the Greek understanding of man—what he is, and what he should be, and why there is a difference between those two things—and of his relationship to the gods, to other people, to the world around him, to time and space, to power, to good and evil, to freedom and will and their limitations, and to virtue and the nature of a good life.

From the days of ancient Athens onward through the long centuries of the Roman and Byzantine Empires, the European Middle Ages, and the early modern European and American worlds, until the twentieth century when our New Dark Age was well underway, it would have been incomprehensible to call oneself educated without having read Homer. The Iliad and Odyssey were memorized in their entirety by many literate Greeks and Romans as they formed the backbone of education in the Greek and Roman worlds in the pre-Christian and Christian ages alike. In the European Middle Ages the knowledge of Greek and of Greek literature was almost entirely lost until the Renaissance, but the stories were known and loved through Latin translations and retellings. In the Byzantine East, however, Greek literature continued to be foundational for education, and after the fall of Constantinople in 1453, the Greek language and its literature flooded into western Europe carried by fleeing Eastern Christians. From the late Renaissance on, the study of Homer and of the Greek language became an essential part of education in Europe (and wherever in the world European influence went) until very recently.

In his book Surprised by Joy C. S. Lewis talks about “driving gloriously” through the Iliad (in Greek) in his mid-teens while studying with his tutor, the “Great Knock”. That was just before World War I, and all British schoolboys of the same age would have read Homer, or at least parts, in the original Greek (though they certainly did not all have the same experience of joy in the pursuit). The American classicist Allen Rogers Benner, in the Preface to his 1903 Selections from Homer’s Iliad, says that the volume “includes the books [of the Iliad] commonly required for admission to American colleges…” This expectation—that boys had already read lengthy sections of Homer in the original Greek in high school before college—was not for entry into classics programs, but for entry into any American college for any course of study. It was assumed throughout Europe and America to be a fundamental part of a sound secondary education for everyone before college, because exposure to great storytelling and contemplation of the great questions about human existence that Homer raises so powerfully were always thought to be necessary to be truly human.

Because literate people have always read and loved Homer, there are quotations, references, and allusions to Homer everywhere in literature from the ancient Greeks and Romans (Aristotle and Plato, Vergil and Cicero, Basil the Great and Augustine) to later authors (Dante, Spenser, Shakespeare, Milton, Pope, Johnson, Burke, Lewis, Tolkien, Chesterton, just to name a tiny fraction) up through the twenty-first century. Because great authors throughout history have always assumed that their audiences read Homer too, to read those great authors without knowing Homer—just as to read great English authors without knowing the Bible or Shakespeare—is to fail to understand a great deal of what they wrote.

So powerfully has it always been felt that Homer’s epics are the foundation and greatest works of the European literary tradition, that G. K. Chesterton says “…it is true that this, which is our first poem, might very well be our last poem too. It might well be the last word as well as the first word spoken by man about his mortal lot, as seen by merely mortal vision. If the world becomes pagan and perishes, the last man left alive would do well to quote the Iliad and die.”

Note Chesterton’s words well: as seen by merely mortal vision. The Christians, who began showing up in the early years of the Roman Empire, had more to say about man’s existence and meaning, which they learned not from philosophical speculation (“merely mortal vision”) but from something beyond, that is, from supernatural revelation—from the Hebrew prophets, from the Jewish and Christian scriptures, and most importantly, from the incarnate God Himself.

But significantly, this did not include a rejection of Homer’s poems or of pre-Christian literature and thought in general. The vast majority of the early Christian writers—the “early church fathers” of the first millennium of Christianity—were educated in the classics of Greece and Rome, as well as in the Scriptures and earlier Fathers, and almost without exception they did not reject that learning but rather advocated it. Indeed, some of the great Christian catechetical schools, such as the famous one in Alexandria in Origen’s time and after, included instruction in the classics as well as in Christian writings and doctrine. The great majority of these early leaders of the church did not consider Christianity a replacement for or repudiation of much of earlier Greco-Roman philosophy and religious thought, but a fulfillment of it. Irenaeus of Lyons, Clement of Alexandria, Athanasius the Great, Basil the Great, Gregory of Nazianzus, Gregory of Nyssa, Ambrose of Milan, Hilary of Poitiers, Augustine of Hippo, Maximus the Confessor, John of Damascus, and countless others reference or allude to the ideas, categories, and images from Homer, Plato, Aristotle, the historians, the dramatists, and other ancient Greek authors to illustrate and explain Christian teachings, just as the apostle Paul did in the New Testament.

Another famous Christian advocate of classical learning was Basil the Great, bishop of Caesarea (in modern day Turkey). He wrote an address or letter to young men about the right use of Greek literature (by which he meant “pagan” literature). In it, like Augustine, he urges caution and discernment between the good and evil in it, but he also urges the value of studying it because so much of the best of it teaches virtue and the pursuit of the good, the true, and the lovely. And of course, Homer would have been the first name in Greek literature.

From these ancient Christians until the present day, the nearly universal attitude of Christians toward the ancient classics is that of appreciation for the truths and beauties in them, though urging caution to separate wheat from chaff.

Note: Callihan’s new prose rendition of Homer’s Iliad is at the printers! If you pre-ordered, your package will ship shortly! New orders will take a few days to ship due to backlog.

WHAT IS INCLUDED WITH OLD WESTERN CULTURE, AND HOW DOES IT WORK?

ALL CURRICULUM ON SALE 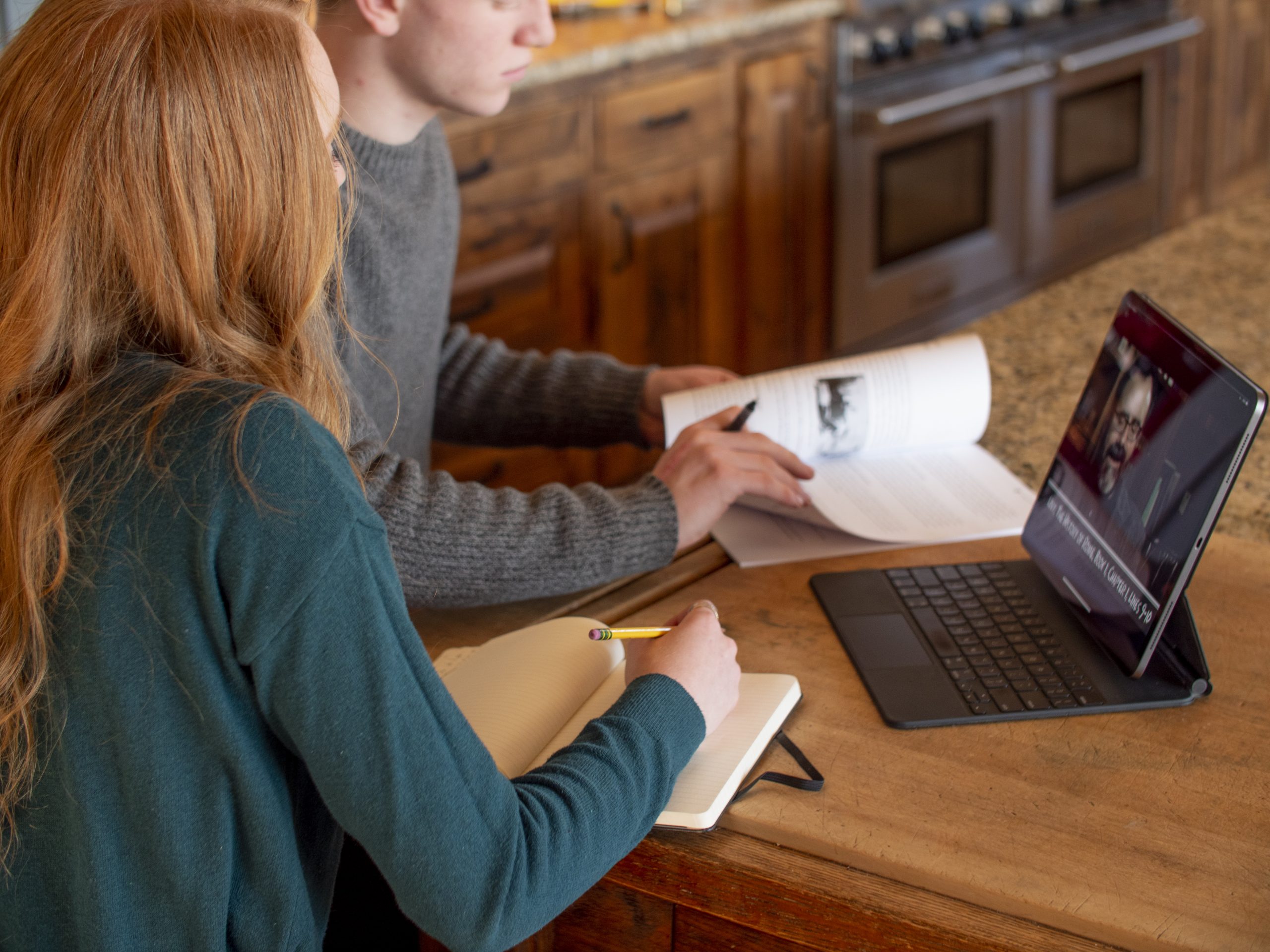