Elie Wiesel died today. He is one of the 30 famous orators featured in Fitting Words: Classical Rhetoric for the Christian Student. 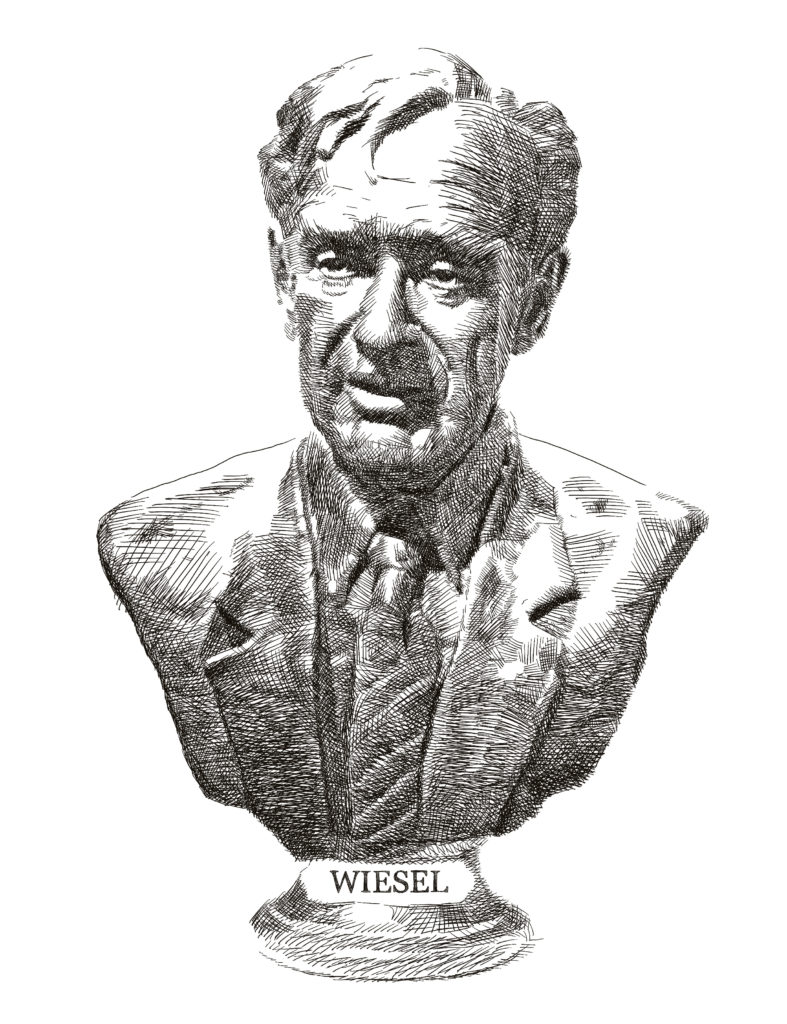 Elie Wiesel (1928–July 2nd, 2016).
Wiesel was a professor, author, political activist, and Holocaust survivor. He has received numerous awards, including the Nobel Peace Prize. Wiesel has delivered speeches before several U.S. presidents.
“I learned the perils of language and those of silence.”
—Speech to Ronald Reagan objecting to his visit to a German cemetery, 1985

Find out more about Elie Wiesel in this CNN video, and this one.

His gentle demeanor and kind disposition were evident in his life and are still conveyed in photographs of him, particularly in his later years.