Fitting Words: Classical Rhetoric for the Christian Student is a comprehensive high school rhetoric text by James B Nance, author of the best-selling Introductory and Intermediate Logic curriculum. 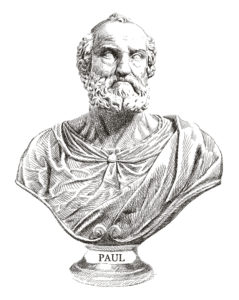 Paul the apostle (c. AD 5—67). Roman citizen and Pharisee, apostle to Jew and Gentile, persecutor of the church and founder of churches, Paul was a persuasive orator and writer of much of the New Testament. His speeches and epistles display eloquence and persuasiveness, making them worthy of study and imitation by all students of rhetoric. “Though I speak with the tongues of men and of angels, but have not love, I have become sounding brass or a clanging cymbal.”—1 Cor. 13:1 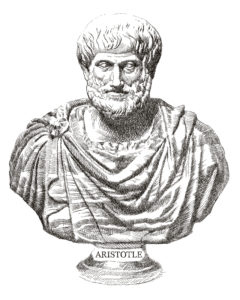 One of the thirty featured Orators in Fitting Words. “And if it be objected that one who uses such power of speech unjustly might do great harm, that is a charge which may be made in common against all good things.” —Rhetoric I.1 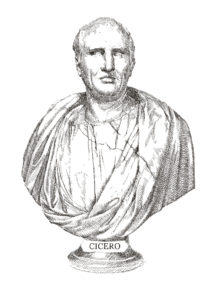 Marcus Tullius Cicero (106–43 BC). Cicero was a Roman statesman and philosopher and is widely considered to be one of the greatest orators of all time. “Not to know what happened before you were born is to be a child forever.”—Orator ad M. Brutum XXXIV.120

Socrates (470–399 BC). Socrates was a Greek philosopher known to us primarily through the dialogues of his student Plato, who presented him as the wise disputant and developer of the Socratic method of teaching. “And this skill he will not attain without a great deal of trouble, which a good man ought to undergo.”—Plato’s Phaedrus 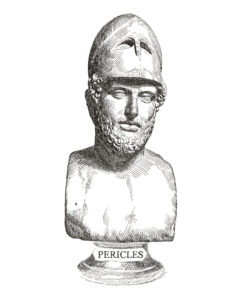 Pericles (c. 495–429 BC). Known primarily through Thucydides’ History of the Peloponnesian War, and called by him “the first citizen” of Athens, Pericles was an influential Greek general, statesman, and orator. “For the whole earth is the tomb of famous men.”—“Funeral Oration” 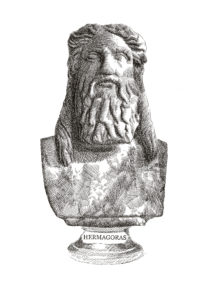 Hermagoras (c. second century BC). Hermagoras of Temnos was a Greek rhetorician best known for his works on rhetorical invention. He was the author of several works, all of which are lost. “[T]he task of the perfect orator is to settle the political question proposed as persuasively as possible.”—Quoted in Sextus Empericus, “Against the Professors,” II.62 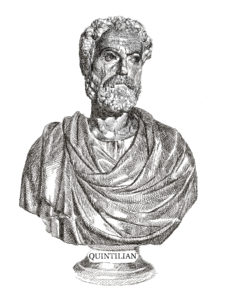 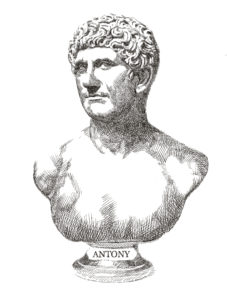 Marc Antony (83–30 BC). Antony was a Roman statesman, a general under Julius Caesar, and a member of the second Triumvirate. He was immortalized by Shakespeare in his dramatic eulogy for the assassinated Caesar. “Friends, Romans, countrymen, lend me your ears.”—Julius Caesar III.2 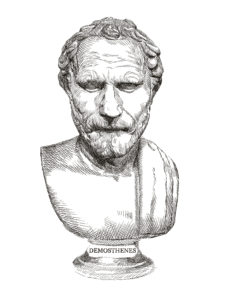 Demosthenes (384–322 BC). Demosthenes was a Greek statesman and renowned orator in ancient Athens. Quintilian said this of him: “Demosthenes is far the greatest: indeed he came to be regarded almost as the sole pattern of oratory” (Institutio Oratoria X.1). “What greater crime can an orator be charged with than that his opinion and his language are not the same?”—“On the Crown” 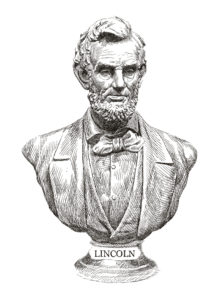 Abraham Lincoln (1809–1865). President of the United States from 1861 until his assassination in 1865, Lincoln led the nation through the Civil War, resulting in the strengthening of the federal government and the abolishing of slavery. “Fourscore and seven years our fathers brought forth on this continent a new nation.”—Gettysburg Address 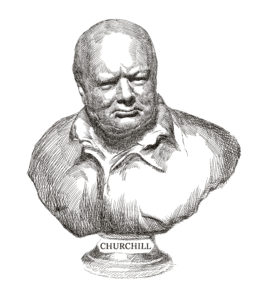 Winston Churchill (1874–1965). Churchill was prime minister of the United Kingdom from 1940 to 1945 and 1951 to 1955. Famous for his opposition to Hitler in WWII, Churchill delivered many speeches and radio broadcasts and is remembered today for his powerful eloquence in speaking and writing. “I have nothing to offer but blood, toil, tears, and sweat.”—Speech before Parliament 13 May 1940 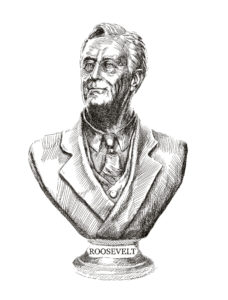 Franklin D. Roosevelt (1882–1945). President of the United States from 1933 to 1945, FDR led the nation through times of economic depression and world war. Many of his speeches are listed among the most famous of the last century. “Yesterday, December 7, 1941—a date which will live in infamy.”—Declaration of War on Japan 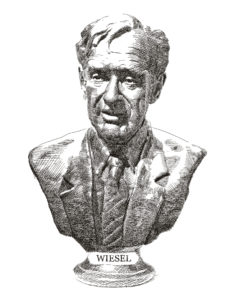 Elie Wiesel (1928–). Wiesel is a professor, author, political activist, and Holocaust survivor. He has received numerous awards, including the Nobel Peace Prize. Wiesel has delivered speeches before several U.S. presidents. “I learned the perils of language and those of silence.”—Speech to Ronald Reagan objecting to his visit to a German cemetery, 1985

Susan B. Anthony (1820–1906). Anthony was a social reformer who campaigned for women’s suffrage in the United States. Her work ultimately resulted in passage of the Nineteenth Amendment to the Constitution in 1920. “Being persons, then, women are citizens.”—“On Women’s Right to Vote” 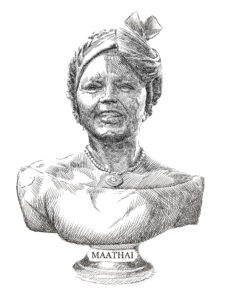 Wangari Maathai (1940–2011). Maathai was an environmental and political activist from Kenya who campaigned for women’s rights and promoted the planting of trees to prevent environmental degradation and reduce unemployment. She was the first African woman to win the Nobel Peace Prize. “I call on leaders, especially from Africa, to expand democratic space and build fair and just societies that allow the creativity and energy of their citizens to flourish.”—Nobel Lecture, Oslo, 2004 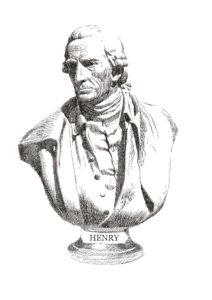 One of the 30 Famous Orators highlighted in Fitting Words. Patrick Henry (1736–1799). Henry was American founding father, orator, and governor of Virginia who advocated anti-federalism. “I know not what course others may take; but as for me, give me liberty, or give me death!”—“Give Me Liberty” 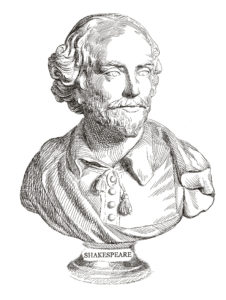 William Shakespeare (1564–1616). Though primarily a playwright and poet rather than orator or rhetorician, Shakespeare must be recognized as a great writer of speeches. While they are too numerous to recount them all, the most famous include Marc Atony’s eulogy of Julius Caesar, the St. Crispin’s Day speech by Henry V, Portia’s plea for mercy from The Merchant of Venice, and Hamlet’s famous soliloquy while contemplating suicide. “O for a Muse of fire, that would ascend the brightest heaven of invention.”—Henry V, Prologue 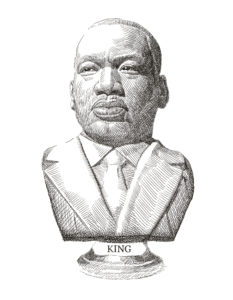 Martin Luther King Jr. (1929–1968). Martin Luther King was a Baptist minister and leader of the American Civil Rights Movement in the 1950s and ’60s. Admired for his powerful delivery, MLK’s volume was commanding, his enunciation clear, and his measured tone stately. “I have a dream that my four little children will one day live in a nation where they will not be judged by the color of their skin but by the content of their character. I have a dream today!”—Speech at the Lincoln Memorial, 1963

John F. Kennedy (1917–1963). President of the United States from 1961 till his assassination on November 22, 1963, JFK was the youngest man elected to the office. He led the nation through the Cuban Missile Crisis, the Civil Rights Movement, and the beginnings of the Space Race. Several of his speeches are classic examples of the grand level of style. “[T]he rights of man come not from the generosity of the state, but from the hand of God.”—Inaugural Address