But we want to do more than just remember the Reformation. We want to be as the Reformers were – and then to go further up and further in. Semper reformanda, as they say. So how do we do that?

One way is to better understand the context of the Reformation. How did they became such effective defenders of the faith? What made them such powerful thinkers? What made their rhetoric salty and gave an edge to their wit? What gave them not only the ability to live faithfully and peaceably themselves, but also to enter the public square, to think clearly, to engage with the culture?

It is perhaps possible they could have been born in a cave and still had intellectual and theological prowess. But that’s not how it happened. The Reformation was not an isolated event marked by special revelation and divine intervention. No: the Reformation had a context.

The Context of the Classics

That context was, broadly speaking, western culture. Christians had always been students of the Classics since the time of Christ, even preserving many of the classical texts from extinction through the Middle Ages. But the Renaissance brought the study of the classics back into the mainstream; it was marked by a revival of the classics.  The way the Reformers thought was shaped by their world and the education it gave them. To be educated in that world meant to learn Seneca and Cicero, Plato and Aristotle, Cato and Aesop. This was the world the Reformers were born into; it was the world that raised them.

It was in part this classical foundation that gave the Reformers the tools they needed for the work of the Reformation. Take Beza for example. Theodore Beza was arguably the greatest classicist of the Reformation. When he was in his early 20s, his father wanted him to be studying practical things like law; instead Beza was perfecting his Latin poetry and reading Virgil. At the time these were merely the vain studies of a young restless poet enjoying the fame among philosophers and the fine things of the world. As it turns out, this education was very practical for the work God called him to. Over the course of his life he was a poet, classicist, scholar, professor, ambassador, theologian, and churchman. His foundation in the classics enabled him to wear those hats well.

“Of the six great Continental Reformers,—Luther, Melanchthon, Zwingli, Bullinger, Calvin, and Beza,—Beza was the most finished gentleman, according to the highest standard of his time. He was not lacking in energy, nor was he always mild. But he was able to hold court with courtiers, be a wit with wits, and show classical learning equal to that of the best scholars of his age. Yet with him the means were only valued because they reached an end, and the great end he had ever in mind was the conservation of the Reformed Church of Geneva and France.”

Of course, God also uses the lowliest and the unlearned to do His work. We do not necessarily need the tools of the world to build the Kingdom: God will give us what we need to do the work He calls us to. However, when He does give us something—whether wealth or education, beauty or influence—he has given it to us to use for His glory. For the Reformers (and for us) the tradition of western culture and the tools of the classics are resources He has given to use.

The Reformers recognized this. Of all the things that they wanted to change in their own culture, the study of the classics was not one of them. Even Luther, who loved a jolly disagreement whenever he could get his hands on one, was pleased that such study had remained in the schools. He wrote: “It is a result of God’s providence that the writings of Cato and Aesop have remained in the schools, for both are significant books. Cato contains the most useful sayings and precepts. Aesop contains the most delightful stories and descriptions. Moral teachings, if offered to young people, will contribute much to their edification. In short, next to the Bible, the writings of Cato and Aesop are in my opinion the best.” The German reformer Melanchthon likewise suggested that after the children are taught the alphabet, the creed, and prayers, they should be given Donatus (a Roman grammarian and rhetorician) and Cato.

Instead of doing away with the classical tradition, they reformed it. Baptized it. Used its tools to build the Kingdom. And they passed on that tradition to their children.

This connection between the classical education of western culture and the Reformers should not surprise us. Christ’s lordship over all creation meant for the Reformers that there was no such thing as secular work, or really a truly secular world. The Great Commission, they believed, was a command to bring about what the Lord taught us to pray for: “Thy kingdom come, thy will be done, on earth as it is in heaven.” The goal was not to merely abandon the world and seek heaven; rather, it was to transform the world through the things of heaven.

Moreover, Christ’s lordship is not merely over the physical things of the world, but also over culture and thought. What was good in the pagans was good in the providence of God. It was the fruit borne when the rain fell upon wicked as well as the righteous. The study of grammar and history and philosophy was truly Christian work, if it was used for the sake of the kingdom.

The tradition of western thought is a treasure that the wise will not bury. We will not reject it or rebel against, but rather we will reform it and build on it as Beza did with Cato and Calvin with Cicero. Where there is error, we will cut it off. Where there is truth, we will receive it and learn from it. But we will not ignore it.

So let’s celebrate the Reformation this October 31st. Let’s eat good German food and sing from the Genevan Psalter. And as we do so, let us give thanks not only for their courage and for the legacy the Reformation left us, but also for the many ways in which God prepared the world for the Reformation and the Reformers for the world. Let us thank God for western culture. 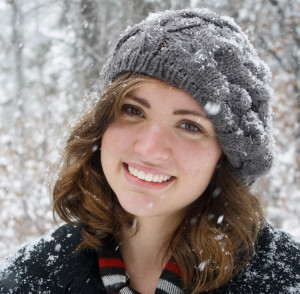 From Blueberries for Sal to the Brothers K, Courtney Skeen has always loved words; but it was studying under Wesley Callihan that taught her to love the classics. She graduated from New Saint Andrews College in 2015. Her thesis, Cato Censorius Christianus: An English Translation and Introduction, is the only extant English translation of these poems by Beza. It was published in Shield Wall October 2015. Courtney currently lives in a tiny house in a tiny town in Idaho where she enjoys the adventure of working with a start-up, teaches classical music on the side, is studying part time for her M.A., and drinks French press coffee every morning.