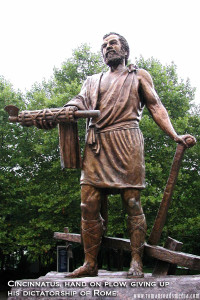 Statue of Cincinnatus outside Cincinnati.

Yesterday I posted a “flash quiz” on Facebook: What US city is named after a Roman citizen from the 5th century BC?)

The answer is: Cincinnati!

Name after Cincinnatus, the Roman farmer who became dictator of Rome for a 6 month term by request of the senate in order to fight off invading forces. Cincinnatus defeated the enemy, leading the charge himself, and famously resigned from office a mere 15 days after being put into power, and returned to his farm.

George Washington was compared to Cincinnatus on many occasions. The comparison is almost painfully obvious in works of art like Horatio Greenough’s 12 ton statue of Washington (left), dressed in Roman garb, surrendering his sword. King George the III said that if Washington resigned his command, that “he would be the greatest man in the world.” As Carl Richard points out in The Founders and the Classics, “The king’s confusion epitomized his inability, throughout the Revolutionary conflict, to comprehend the enormous emotional power which classical Republican ideals wielded over American minds” (pg 71). The title of the post comes from a poem by Lord Byron, in which he called Washington “The Cincinnatus of the West.”

Learn all about Cincinnatus and how many of the famous men of Rome deeply influenced the American Founding fathers in year two of Old Western Culture: The Romans! Cincinnatus is specifically covered in lesson 2 of The Historians. 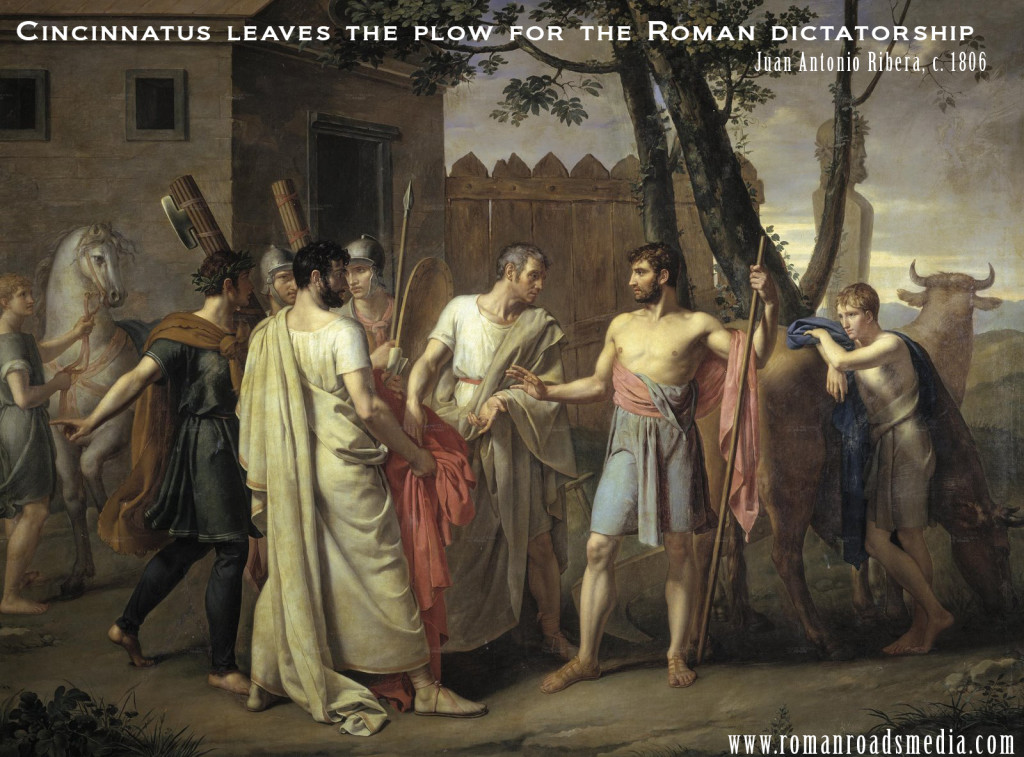