Claudius, the 4th emperor of Rome, had to be dragged out from behind curtains where he was hiding in order to be proclaimed emperor by the Praetorian Guard. A bookish man, preferring to write and study history, Claudius did not want to be emperor. After all, many of the previous emperors had been killed by rivals. It is said that Claudius, a partially crippled man from birth, accentuated his condition so as not to appear a rival to Caligula who had been killing other heirs. In the end, Claudius’ fears were not unfounded, for he was assassinated himself.

Taken from Lesson 1 (An Overview of Roman History) of The Aeneid, Unit I of The Romans in the Old Western Culture literature curriculum. 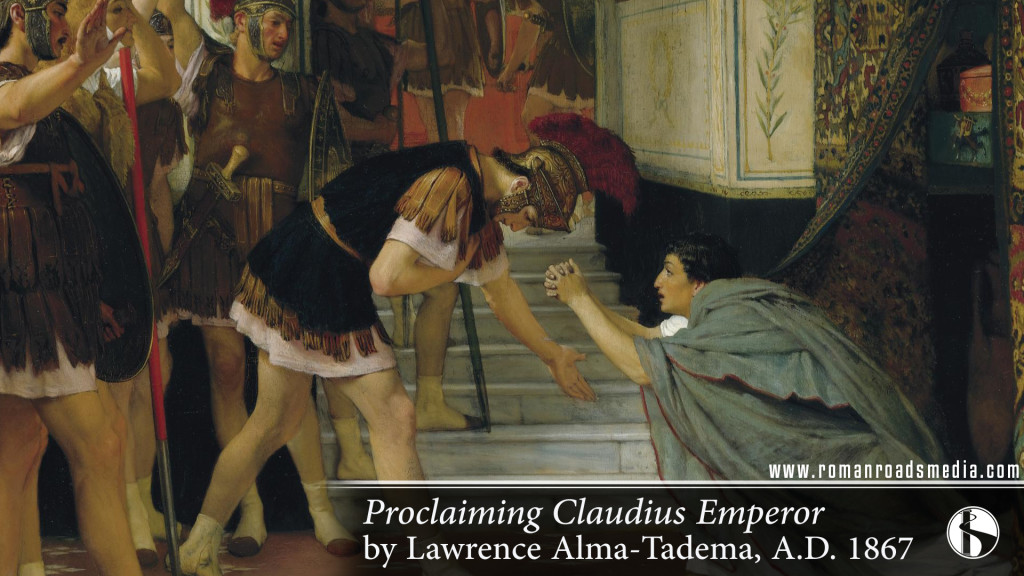 Taken from The Aeneid, part I of The Romans, year 2 of the Old Western Culture literature curriculum for high school. Painting by Lawrence Alma-Tadema. A.D. 1867.