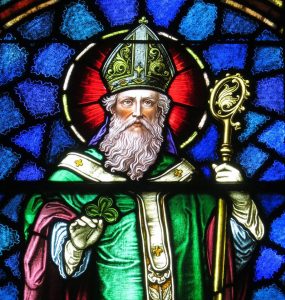 “There is no other God, nor will there ever be, nor was there ever, except God the Father. He is the one who was not begotten, the one without a beginning, the one from whom all beginnings come, the one who holds all things in being – this is our teaching. And his son, Jesus Christ, whom we testify has always been, since before the beginning of this age, with the father in a spiritual way. He was begotten in an indescribable way before every beginning. Everything we can see, and everything beyond our sight, was made through him. He became a human being; and, having overcome death, was welcomed to the heavens to the Father. The Father gave him all power over every being, both heavenly and earthly and beneath the earth. Let every tongue confess that Jesus Christ, in whom we believe and whom we await to come back to us in the near future, is Lord and God. He is judge of the living and of the dead; he rewards every person according to their deeds. He has generously poured on us the Holy Spirit, the gift and promise of immortality, who makes believers and those who listen to be children of God and co-heirs with Christ. This is the one we acknowledge and adore – one God in a trinity of the sacred name.”
–Confession of St Patrick, missionary to Ireland