The realm of fairy-story is wide and deep and high and filled with
many things: all manner of beasts and birds are found there;
shoreless seas and stars uncounted; beauty that is an enchantment,
and an ever-present peril; both joy and sorrow as sharp as swords.
—J. R. R. Tolkien, On Fairy Stories

There is a certain something about fairy tales that keeps us coming back for more. It’s quite puzzling, really, when you think about it: we know these stories so well, and yet we never tire of hearing them. By all accounts, we ought by now to be thoroughly sick of their tropes, their “once upon a times,” and their “happily ever afters.” They ought to nauseate us with their overuse. But they don’t. Even after all this time, they send shivers down our spines.

“In that realm,” Tolkien writes, “it is dangerous . . . to ask too many questions. There are, however, some questions that one who is to speak about fairy-stories must expect to answer, or attempt to answer, whatever the folk of Faërie may think of his impertinence.” And so, at risk of offending the residents of that enchanted place, we find it necessary to ask the following question: Do we ever outgrow fairy tales?

It is an interesting question, to be sure, but in asking it I think we are getting a bit ahead of ourselves. Before we endeavor to determine whether or not we do outgrow fairy tales, should we not first ask ourselves whether or not we can?

The really interesting thing about fairy stories is their versatility, their potency, their ability to convey so much with so little. Like Willy Wonka’s Everlasting Gobstoppers, you can suck at them as long as you like and they lose neither their wonder nor their flavor. Stranger still, a single, simple story may taste entirely different to you than it does to someone else. Where I taste strawberry, you may taste grape, or even peppermint.

Take, for example, a simple but iconic fairy tale figure: a monkey with wings. (L. Frank Baum’s stories are not quite fairy tales, of course, but recent interest has launched them to a similar level of iconicity, so the example will more than suit our purposes.) For many, perhaps most, this image brings to mind a 1930 film starring Judy Garland, The Wizard of Oz. However, it may also conjure up images of three prior american films (one of them silent), a later Japanese anime adaptation, or even of The Wiz, a little-known but much-loved African American version of the tale, and then there are more recent films such as Oz the Great and Powerful. Of course, many will think of immediately of Baum’s novels, particularly The Wonderful Wizard of Oz. Some, however, will think instead of Gregory Maguire’s version, Wicked: the Life and Times of the Wicked Witch of the West, or perhaps of its musical adaptation. The list goes on through dozens of plays, musicals, video games, and other influences on pop culture.

What, then, shall we deduce from this? Has the original story become so muddled and diluted that its power has been lost? Quite the opposite. The fact that a single story can mean so many things to such a wide range of people, the fact that it has infiltrated every crevice of our culture and society, is nothing short of astonishing. And all this from Dorothy, who did not even exist before 1900! If she and her yellow brick road have done this in 100 years, it is impossible to fathom what Snow White and her apple have done in over twice that time. 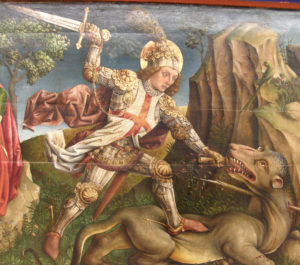 It is important to note that the countless adaptations of each fairy tale are not driven, as most would assume, by some widespread desire on all our parts to hear the stories retold in slightly different ways. Retellings derive not from audiences, but from storytellers who need to tell us something. We use fairy tales to say the really, really important things, the things that plain, old, un-magical words just can’t handle. Fairy tales, you see, are a medium, not a message. We use them to communicate, and, miraculously, nearly everyone seems to understand them. They are, perhaps, the one truly universal language. They are deep-seated, rooted in the dark places of our very beings, and so when we use them to communicate our thoughts and ideas, others understand and absorb those ideas at a deeper level that cannot quite be put into words.

When you really think about it, fairy stories are monstrous things. We have added to them for centuries, imbuing them with new meaning and making them ever more iconic and pervasive. They are twisted into the very fabric of civilization, like a wisdom tooth with roots so convoluted that it can never be yanked out, and so all you can do is cross your fingers and hope it won’t cause any problems. Each story carries with it a tidal wave of sentiments, morals, and interpretations, and each time we borrow their symbolism to communicate a message of our own, we add another drop to that looming monsoon. If our world were fairy land, the fairy tales would be a dragon slumbering beneath us, growing larger and larger as we fed it on our inexplicable fascination. I wonder, sometimes, that we have not yet been crushed under their weight. But one thing, I think, is certain: fairy tales will outgrow us long before we outgrow them.

C.S. Galbreath is the winner of the 2015 Scribenda Summer Essay Contest. Enter your essay this year, and win a $100 Amazon Gift Card

Featured in 2015-2016 edition of Digressio, the Roman Roads Magazine. View Essay as PDF. 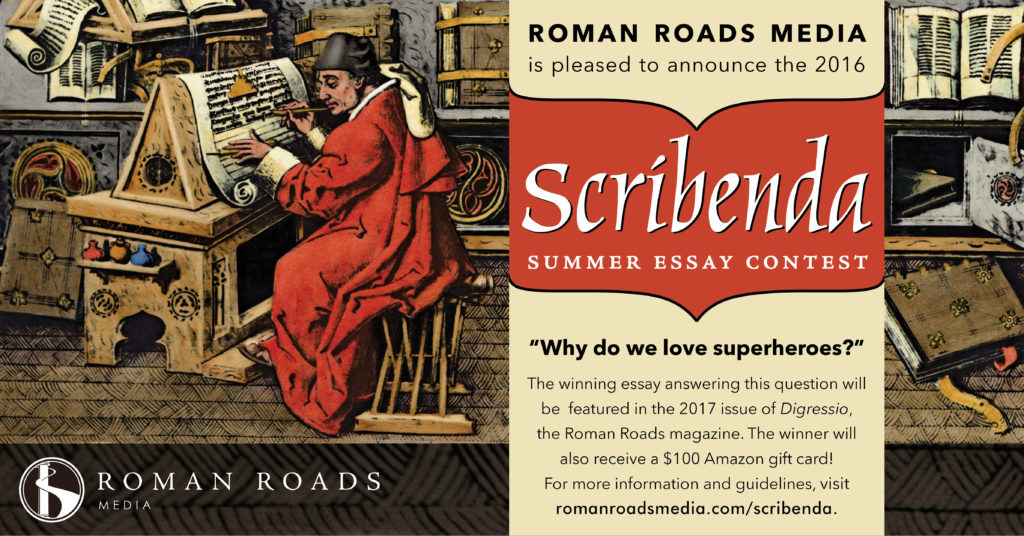