In this second installment on The Four Loves by C. S. Lewis, David Foucachon explores how Lewis’s commentary on Eros can help us understand the objective nature of beauty.

I am a Christian platonist. But neither Plato, nor the Neoplatonists, nor even St. Augustine convinced me of platonism. No, it was my wife’s 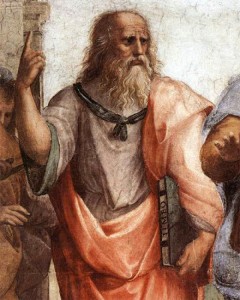 beauty that made me a platonist. More specifically, the task of reconciling subjective aesthetic experiences with a worldview that affirms the objective nature of beauty. If we affirm that beauty is objective (and we should), then how can two men each think that their wife is the most beautiful woman in the world without one of them being wrong? As professor Kirk says in The Last Battle, “It’s all in Plato, all in Plato.”1 Christian platonic realism, the belief that universals exist and are objectively grounded in the mind of God, provides us with a framework that accounts for the subjectivity of human experience while refuting the lie that “beauty is in the eye of the beholder,” a pernicious error that C.S. Lewis called “the poison of subjectivism.”2

In The Four Loves, Lewis makes an observation about the nature of Eros that is both profound in its own right and also applicable to our understanding of beauty.

We must recognize that…in the act of love we are not merely ourselves. We are also representatives. It is here no impoverishment but an enrichment to be aware that forces older and less personal than we work through us. In us all the masculinity and femininity of the world, all that is assailant and responsive, are momentarily focused.3

Lewis continues with the warning that when we fail to recognize this individual participation in something larger and more universal than ourselves, we not only deprive ourselves of an enriched understanding of “Venus” (by which he means that portion of Eros that is strictly sexual), but we also place ourselves in greater danger of idolatry.

A similar application can be made to our understanding of beauty. If our response to the two men who each think their wife the most beautiful is to ask “Who’s right?,” we betray a faulty understanding of the nature of beauty; we assume that there is some earthly standard, the adherence to which defines beauty. A fully Christian response to the broader question of what constitutes the standard of beauty would not be a simple task, though a good answer would consider truthful adherence to a thing’s created nature. But I think that our starting point and first response to the question, “What makes a woman beautiful?” should be “Participation in the image of God.” Man is created in the image of God, male and female, but woman is given a special aesthetic placement in that order—she is the glory of man. She bears the image of God in a unique way—a way that’s glorious and beautiful, a way that’s defined and measured by participation in something greater and more universal than herself.

A woman is beautiful by definition for the same reason that a drag queen is grotesque by definition. The basis of a woman’s beauty is participation in “womanness” as God defines, creates, and varies the theme millions of times over. And so in one sense, the term “most beautiful woman” is an absurd concept: Most beautiful Indian woman? Most beautiful Asian woman? Most beautiful grandmother? But in another sense, a man can most certainly say that his wife is the most beautiful woman in the world because she is the woman in whom that man encounters the image of God most intimately, deeply, aesthetically, and of course, sexually. He sees perfection not in her, but through her—through her participation in that which is perfect. Her beauty is reflective, as an image of her creator. And like any part of creation, when rightly ordered, it points towards God. So the cliché mantra that “your wife is your standard of beauty” is wrong; the standard is not your wife, nor is it the latest fad from society, nor the ideal from two hundred years ago, nor tomorrow’s ideal. The standard is the perfect Form God created and called Woman,” the Form which you encounter in this life and know most perfectly as your wife. When a husband looks at his wife of fifty years and tells her “You are the most beautiful woman in the world,” he speaks with a greater capacity for comprehending beauty than the bridegroom is capable of on his wedding night. After fifty years of intimacy with this woman, he has a deeper knowledge of what Woman is.

But when he added under his breath “It’s all in Plato, all in Plato: bless me, what do they teach them at these schools!” the older ones laughed. It was so exactly like the sort of thing they had heard him say long ago in that other world where his beard was gray instead of golden.4 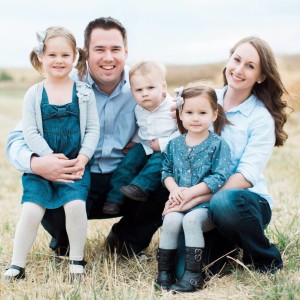 David Foucachon is a founding member and VP of Development at Roman Roads. After years of passionately pursuing Chemistry in High School, he surprised everyone, including himself, by attending New Saint Andrews College where he fell in love with both classical education and his lovely wife Anne. David and Anne live in Moscow, Idaho with their three adorable munchkins who ensure that there’s never a dull moment. 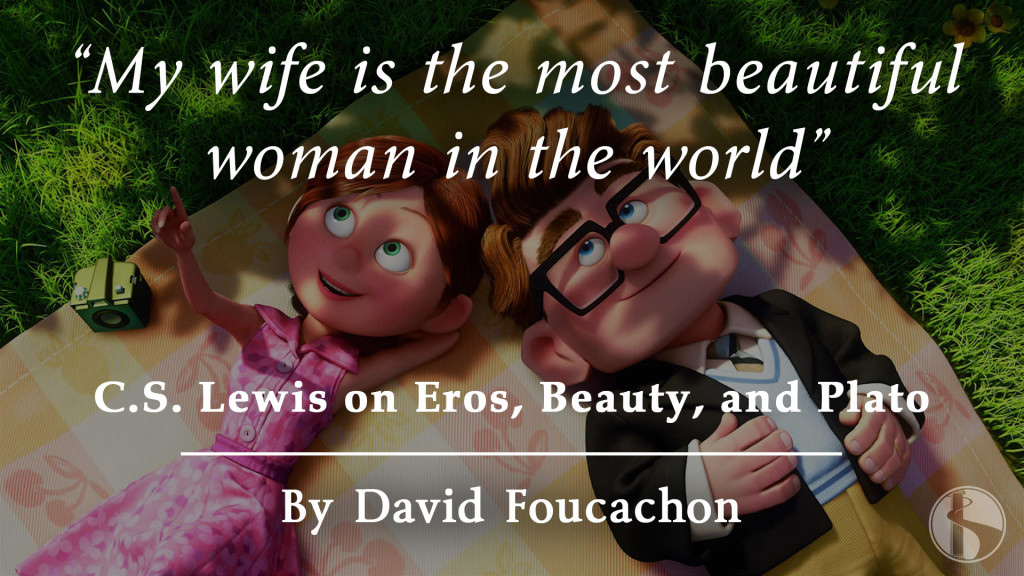 As the meme goes, “Pixar created a better love story in eight minutes than twilight did in four books.”