St. John Chrysostom’s comments on whether we should be looking to the government (princes and kings) to redistribute wealth. Taken from On Living Simply, Sermon XLIII. 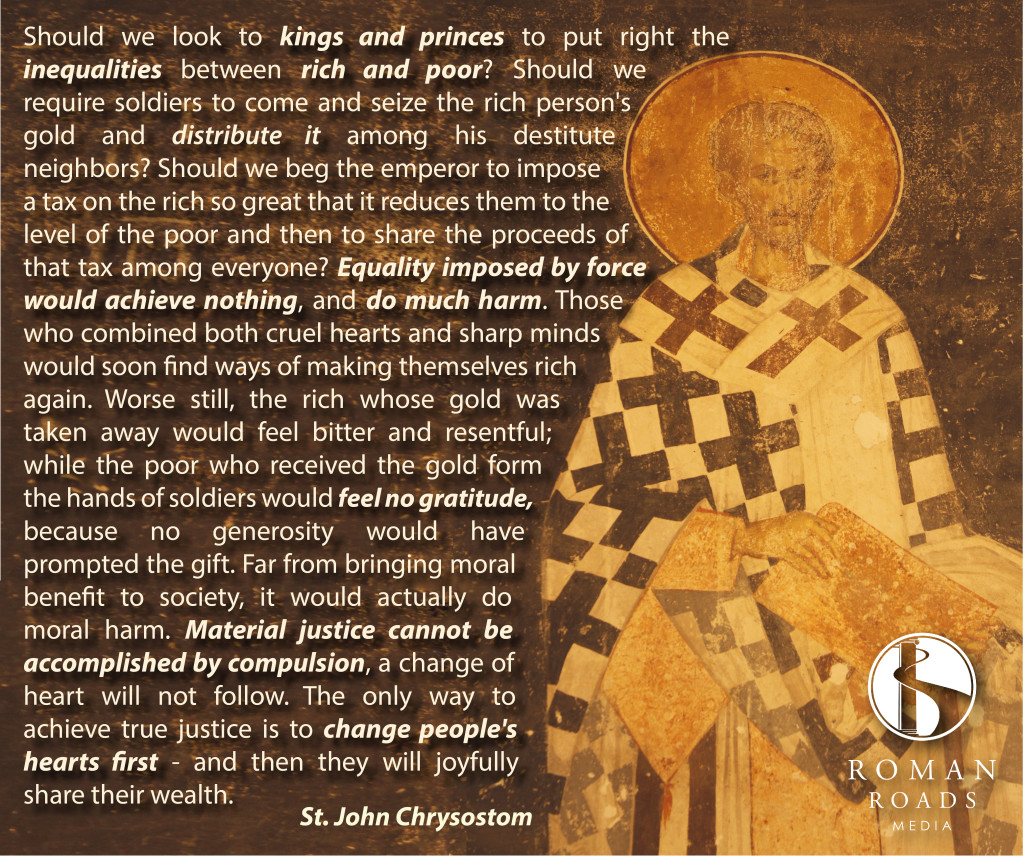 “Should we look to kings and princes to put right the inequalities between rich and poor? Should we require soldiers to come and seize the rich person’s gold and distribute it among his destitute neighbors? Should we beg the emperor to impose a tax on the rich so great that it reduces them to the level of the poor and then to share the proceeds of that tax among everyone? Equality imposed by force would achieve nothing, and do much harm. Those who combined both cruel hearts and sharp minds would soon find ways of making themselves rich again. Worse still, the rich whose gold was taken away would feel bitter and resentful; while the poor who received the gold form the hands of soldiers would feel no gratitude, because no generosity would have prompted the gift. Far from bringing moral benefit to society, it would actually do moral harm. Material justice cannot be accomplished by compulsion, a change of heart will not follow. The only way to achieve true justice is to change people’s hearts first – and then they will joyfully share their wealth.”
–St. John Chrysostom