69 years ago today, the Allies attacked the Normandy beaches of France, controlled by Nazi Germany. 12,000 men died that day while securing a decisive victory against Germany, and turning the tide of the war. Freedom is not free.

I grew up with an American grandfather who was a Lt. Commander in the US Navy, and a French Grandfather who, after refusing to collaborate with the Germans, was deported to Germany for forced labor. This was the generation when men knew the value of freedom, because they almost lost it, and the cost of preserving was the loss of many friends and relatives. While living in France, our family has been approached by elderly French people who heard us speaking English, and came over to simply thank “us” (as representative Americans) for freeing them in 1944. The new generation of French have forgot, as have the current American generation. It is essential to remind our children the cost of Freedom. Not only the cost, but the value, and why it is worth fighting for.

Freedom is not free, so let us train our children in the currency of freedom. This currency is founded (you might say backed) by the fear of the Lord. 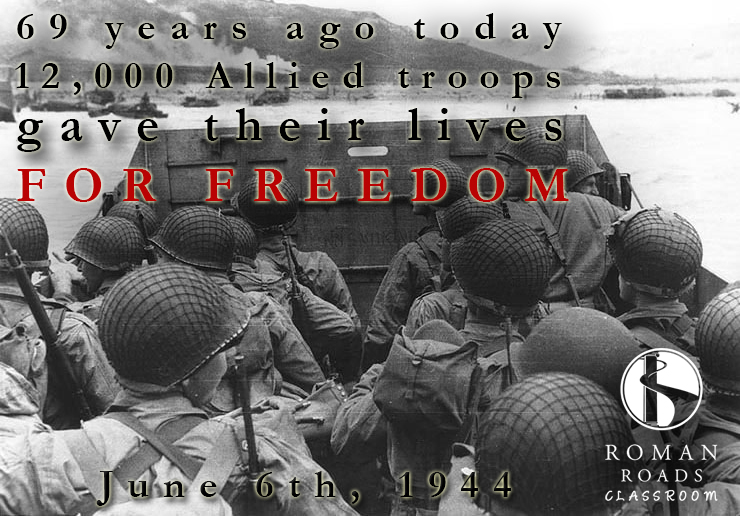 My grandfathers who fought for our freedom: