Why should Christians study astronomy? What is the relationship between the Bible and outer space (or, as the Medievals would put it, the heavens)? What can the sun, moon, planets, and stars tell us about God? About Man? About our proper place in this universe?
In this course, students will spend a year learning about the heavens. The course begins with the history of astronomy, focusing primarily on the uniquely humble, God-fearing view of the universe that the Medievals cultivated. The course then shifts into astronomy from the Earth’s surface, which includes the motion of the sun, moon, stars, and planets, the phases of the moon, mapping the moon, particular stars and constellations, eclipses, and more. The course ends with a host of fun and surprising facts about the various astronomical objects in the universe, tying together all the information presented throughout the term into a distinctly Christian worldview.

TECHNOLOGY:
Each student must have:
– A computer
– Broadband internet access
– A computer microphone (headset recommended)
– A webcam

HOW ARE THE LIVE SESSIONS CONDUCTED?
The weekly “recitations” are live video sessions that meet once a week, in which the students and tutor discuss the material being studied, go over the students’ work, and preview the work for the next week. The students and tutor log in to a virtual classroom at the stated time for the tutorial and then are able to communicate by talking, typing, and collaborative web browsing. There is no special software needed beyond a web-browser plugin (zoom.us). Compatible with Mac, PC, iOS, and Android. 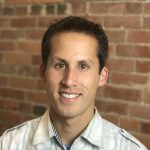 Josiah Nance was born and raised in Moscow, Idaho, where he attended Logos School for twelve years and graduated from New Saint Andrews College in 2014 with a B.A. in Liberal Arts and Culture. He then moved to Baton Rouge, Louisiana, where he taught math and science for three years at Sequitur Classical Academy, before moving back to Moscow in 2017. He currently lives with a bunch of strange roommates, a pet lizard, a pair of cowboy boots, and a pile of Spiderman comics.
Self-taught in astronomy from the age of six, Josiah has been interested in various scientific fields for as long as he can remember, and has grown more and more in his love for language. He particularly enjoys engaging in the conflict between Christianity and Naturalism, and his college thesis, Beyond the Clouds, is a street-fighting response to the popular Atheistic claim that science has proven God doesn’t exist.